Leading in Crisis: How to Prepare, How to Execute, How to Thrive (Part 2)

This is the second article in a five-part series focused on crisis leadership. In Part 2, we consider the importance of both goal setting and creating a focused message as the key responsibilities of a leader during a crisis.

The first article in the series considered key actions for leaders to take when initially confronted with a crisis, and subsequent articles will examine additional steps to take throughout the crisis, what to do after the crisis has passed and preparatory measures to take before the next crisis.

In the fall of 1962, America was losing the Space Race. The Soviet Union launched Sputnik 1 in October 1957, and Yuri Gagarin became the first man in space in April 1961. America, confronted with other issues at home and abroad, lacked a significant accomplishment that would propel it to the forefront of discussion about the journey to space. It was in this atmosphere that President John F. Kennedy took the stage at Rice Stadium in Houston, Texas, on September 12, 1962, to address the American people and try to win their support for the Apollo program. With nearly 40,000 people assembled and a warm Texas breeze upon them, President Kennedy spent 33 minutes making his case. In reviewing the speech afterward, researchers have determined his words were effective for three primary reasons: 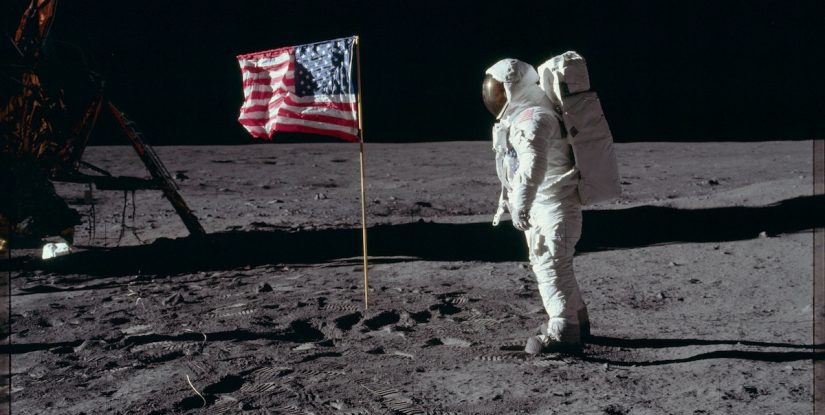 Gallup polls taken before and after the speech indicate a positive change in people’s perceptions about the Apollo program, their willingness to dedicate American resources to fund space missions, and their perceived need for such an endeavor. Of course, in July 1969, the Apollo 11 mission’s Moon landing became a huge win for America and our journey into space. Even over 50 years later, President Kennedy’s speech at Rice Stadium is widely remembered and seen as a catalyst for change, one of the essential propellants toward the goal ultimately achieved, and is illustrative of strong leadership amid turmoil.

So, what lesson do we learn from this example?

The main lesson is the importance of creating a common goal during chaos. The goal becomes the single point of focus, the one item that people need to keep at the center of their thoughts and actions. The goal needs to be realistic (meaning it’s achievable) and to be impactful yet big enough that it requires significant efforts and concentration. The point is to turn people’s collective attention to this singular goal, as like the Apollo mission, it then becomes much more achievable.

To examine the applicability to the healthcare industry, we consider one CEO who, near the start of the COVID-19 pandemic, consulted with her response team. When chaos was high, and the crisis was reaching a fever pitch, she determined what everyone needed most was a rallying cry for the organization’s workforce. And this meant everyone, from those preparing and delivering food to patients, to those making sure ICU beds were clean, to the physicians and nurses providing care at the bedside. Her message, shared widely and spoken often, was clear:

We will not allow any employee to perish as a result of contracting COVID-19 at work.

Her message was effective in three ways:

The organization shared this goal in all published employee updates regarding COVID-19, ended each daily huddle with this goal, added the message to scroll non-stop through the organization’s intranet home screen, and posted it within every department, every lounge and every meeting room throughout the entire hospital facility. It would have been impossible for any employee not to be able to recite the organization’s goal at that time because it was, quite simply, that pervasive and integrated into the entire culture of the organization itself (practically overnight).

Eighty-four days after unveiling this goal, the organization still maintained an untarnished record. Not a single employee contracted COVID-19 in the workplace.

Both determining the appropriate goal and ensuring a wide roll-out can be a challenge during a crisis.

However, these are critical steps for leaders to undertake. It is crucial not only to create order amid chaos (by calling out precisely what people need to be focusing upon) but also to enlist the collective efforts of stakeholders in making a difficult task more possible.

Finally, while an organization should create the goal with input from several people (particularly those on the crisis response team), it needs to carry the weight of the organization itself, not just “leadership,” but of all members standing united around this single message. In this way, as a leader, it is vital to help cast the vision and to share the vision, and most importantly, to live the vision as well.

In this case, the CEO never left her office, nor invited anyone in, without a mask. She ensured others invited to her office did as well. It was important employees saw her doing her part to ensure she was taking COVID-19 precautions seriously, lest she undermine her own goal.

Contact us today to speak with Aimee Greeter, MPH, FACHE, and share the big goals you have instated during crises and how you united your team around these goals.

Top Five Trends in Healthcare for 2021

A Year to Remember and Time to Look Ahead Every time we enter a new year, the same cliches abound; however, 2021...

Do you have a crisis strategy? Do you know what steps to take when crises arise? While some crises begin as a dim...

Leading in Crisis: How to Prepare, How to Execute, How to Thrive (Part 5)

In this final article in a five-part series focused on crisis leadership, we consider preparatory actions to take...

Leading in Crisis: How to Prepare, How to Execute, How to Thrive (Part 4)

In this fourth article in a five-part series focused on crisis leadership, we consider vital actions to take as a...

Leading in Crisis: How to Prepare, How to Execute, How to Thrive (Part 3)

In the third article in a five-part series focused on crisis leadership, we review a final consideration for what...

This is the first article in a five-part series focused on crisis In Part 1, we consider key actions for leaders to...